Which Direction Should My Ceiling Fan Rotate?

Your ceiling fan's rotation should change based on the season. Warm weather or cold, here's why this household appliance should be running year-round.

Ceiling fans make hot summers much more comfortable thanks to their cooling capabilities but many people write them off in the cooler months. Don’t let your ceiling fan collect dust in the winter! Instead, switch the rotation to reap even more benefits of this household appliance.

Whether you’re in the midst of a heatwave or are bundling up under blankets, here’s a simple home hack to improve the airflow in your home using a ceiling fan.

Your ceiling fan should run clockwise if… the heat is running.

Particularly during the winter. We all know that warm air rises, so why let it collect at the ceiling when it can be heating the room? In the winter, ceiling fans rotating clockwise will pull cool air up and push warm air down, creating an updraft. You’ll be able to cut back on space heater use, turn down the thermostat and save some money in the process. Keep the fan running at a low speed and you’ll be all set. 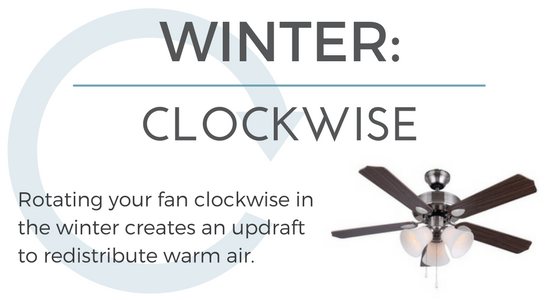 Your ceiling fan should run counterclockwise if… it’s summertime.

Ceiling fans that rotate counterclockwise create a downdraft, allowing for proper air circulation. Good airflow in the summertime will let you cut back on using window fans and constantly running the air conditioning. 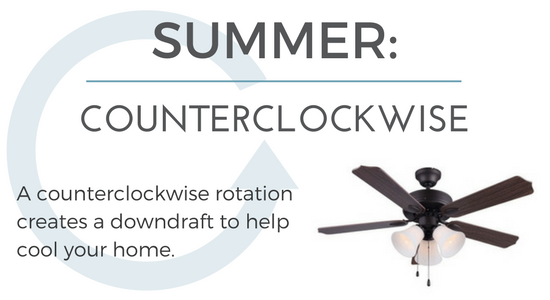 To determine the direction the ceiling fan is running, stand underneath it and watch it while it runs. If you feel a breeze coming down, the fan is definitely rotating counterclockwise. Switching the rotation of a ceiling fan is as simple as flipping a switch located somewhere on the base of the fan.

No matter the season, running your ceiling fan will create a more comfortable living environment and also save you some money on energy bills. 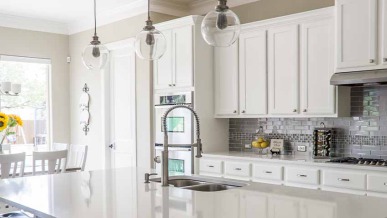 5 Ways to Save Energy in Your Kitchen

Being able to conserve and save this energy is beneficial not only for the environment but your wallet. 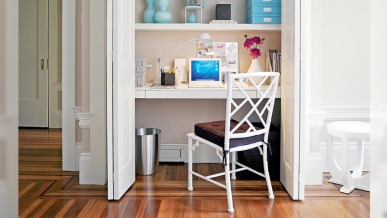 5 Ideas for a DIY Closet Makeover

Turn an underutilized coat closet into something special. 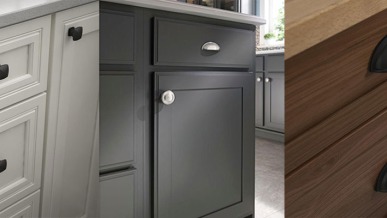 Which Cabinet Hardware Finish Will Match My Cabinets? 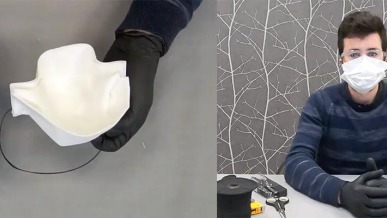 How to Make a DIY Face Mask with Airlaid Napkins

Learn how to your own protective face mask. 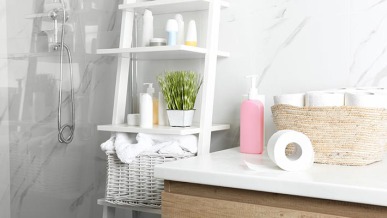 6 Storage Hacks to Make the Most of a Small Bathroom 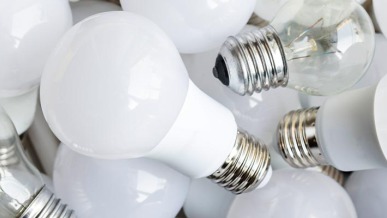 6 Reasons You Need to Switch to LED Light Bulbs

Still on the fence about making the switch? These six reasons will help you make a decision.